Prenuptial agreements… are they worth it? 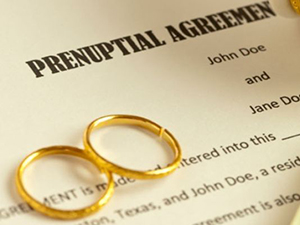 1. Both parties need to be fully aware of the consequences of signing the agreement. The parties must both understand the nature and seriousness of the agreement. In many circumstances this means that the contract should be signed with independent legal advice of a solicitor.

2. The agreement must be fair, just and reasonable.  The courts have shown that if an agreement is seriously biased towards one party, leaving them in a financially detrimental situation, then the agreement may not be upheld.

Putting it to practice:

There is a wide spectrum of opinion when it comes to prenuptial agreements. Some couples believe that creating such an agreement is setting the relationship up for failure. On the other hand, other couples believe that it is a reasonable and pragmatic approach to the potential ending of the marriage. They may find comfort in the certainty of what will happen should the relationship end, avoiding conflict, fighting and costly litigation fees. In a world where two out of every five marriages fail, it is a practical step.

It is a common occurrence in today’s society that parents help towards purchasing their son or daughters home, either partially or entirely. This may become complicated when a spouse or partner is involved. If the financial contribution towards the home is gifted, then a parent, and their child, may lose that property should the couple’s relationship come to an end. Therefore, a prenuptial agreement can be used as a useful tool to preserve family and inherited money along with a range of other legal documents such as a family trust or a will.